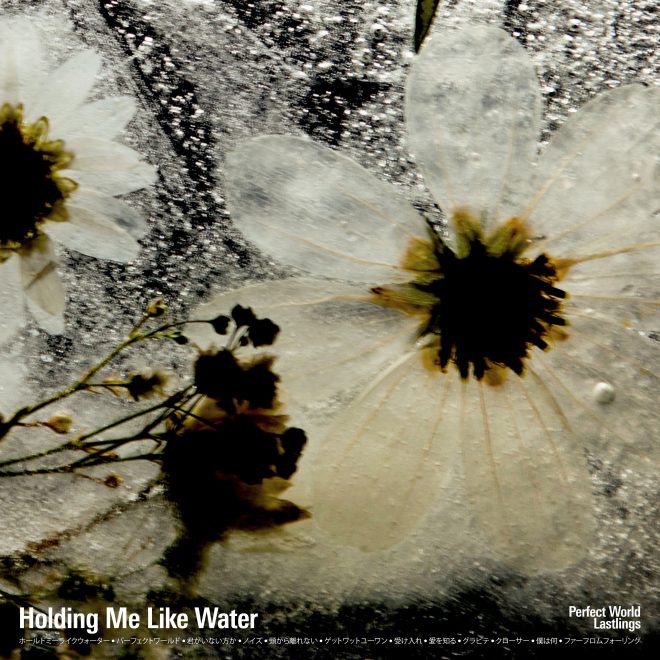 The second single following the duo’s critically acclaimed 2020 debut album First Contact, 'Holding Me Like Water' carries the intimate sentiments and poetic lyricism that have set the duo apart as storytellers. A riveting indie dance soundscape filled with soft synth melodies and light, rhythmic percussion complementing Amy's sultry vocals, 'Holding Me Like Water' is as intriguing as its predecessor, 'Get What You Want'. Describing the final moments of a relationship, Lastlings weave a tale of woe and heartache through sensitive and tender lyricism. Living in the sweet spot between live and electronic as they’ve always done so effortlessly, ‘Holding Me Like Water’ continues to show the duo’s growth and maturity both lyrically and sonically as artists and individuals.

Regarding the track, Lastlings said “‘Holding Me Like Water’ is definitely one of the more vulnerable songs that we have made. Amy wrote the song in 2022. It’s about a long-term relationship that is coming to an end. When that person has already let you go and you’re having trouble coming to terms with it. The way that they hold you just isn’t the same anymore and you just don’t want to believe it. The instrumental pre-dates “Get What You Want” and was one of the first explorations into the new era of music for us. Moving away from the usual four-on-the-floor type beat felt like a refreshing change to what we’re used to and gave Josh a chance to play with different arrangements and placements of the various synths throughout the track.”

Japanese-Australian brother/sister duo Josh and Amy Dowdle have garnered an international reputation as a refreshing live electronic act Lastlings. Their talents combined on and off stage, the pair have built a stunning catalog of Amy’s wistful lyrics and mesmerizing vocals complemented by Josh’s indie electronic production. Releasing two EPs to early acclaim, the duo signed to Astralwerks and RÜFÜS DU SOL's Rose Avenue with their dynamic body of work capturing the dichotomy between the duo so perfectly, transporting listeners on a cosmic journey with each release.

Their debut album, First Contact, was partially written in a remote stillness of a snow-capped house in Japan and fine-tuned and finished all across Australia. Released in 2020, First Contact explores the senses and emotions that arise when encountering experiences for the first time. A first brush with love, an introduction to the darkness of disappointment, one’s inaugural feeling of hope amidst a world devoid of meaning, these are the experiential lenses through which First Contact is best heard and felt. The album received an impressive package of remixes from a wide range of artists including RÜFÜS DU SOL, Totally Enormous Extinct Dinosaurs, LP Giobbi, and more.

Lastlings have worked with producers like SG Lewis, and toured with industry giants like Two Door Cinema Club, Bob Moses, and Glass Animals. Their captivating live show, a three piece setup featuring Josh on keys and guitar, a live drummer, and Amy on vocals, has led the duo to play iconic venues like Colorado's Red Rocks, NY’s Forest Hills Stadium, Coachella's DoLaB stage, 88 Rising’s Head In The Clouds festival, and sold out their own headline shows throughout the US and Australia. They’ve released a number of epic live performance videos, shot on stunning landscapes throughout Australia. Lastlings are recognized and lauded by industry-defining platforms like Billboard, NME, and Mixmag and featured within the pages of cultural paragons like Vogue, Harper’s Bazaar, Paper, Flaunt, and W Magazine.

Lastlings invite fans to dive deeper into their next chapter with the emotive storytelling of their latest single ‘Holding Me Like Water’.