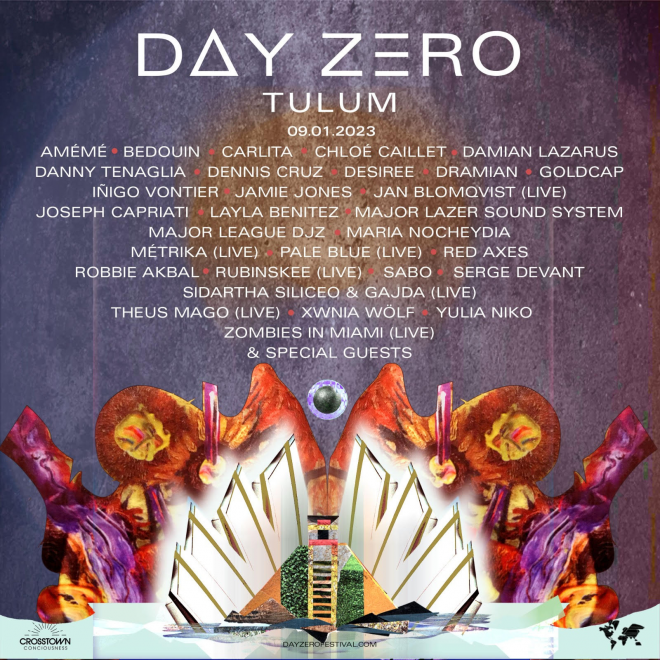 Day Zero’s inception celebrated new beginnings with the end of the Mayan calendar in 2012, its origin yielding one of the world’s most transformative and acclaimed parties. Bringing together the natural, mythic and euphoric, Day Zero will return to the mystical jungles of Tulum on January 9th.

Day Zero harnesses the power of performance and production to create its own storytelling universe, lasers spill through historic canopies, alien creatures from the future align with the ancient Mayans, and partygoers are offered new ways to think about and experience space and time. Each moment from sunset to sunrise is soundtracked by the world’s most forward-thinking live acts and selectors, inimitably curated by Day Zero founder Damian Lazarus.

Day Zero Tulum 2023 will open the twenty year anniversary season of Lazarus’ groundbreaking Crosstown Rebels imprint, a fitting celebration for one of contemporary house and techno’s most important outfits. The shapeshifting nature shared by Damian and the label boils down to a relentless passion for new sounds and scenes, and a dedication to underground music that has seen Crosstown remain ever-relevant through countless cycles and fads of club culture. This ethos remains constant whether through its flagship Crosstown entity showcasing some of the genre’s utmost giants like Jamie Jones, Seth Troxler, and DJ Krust, the Rebellion imprints dedication to the scene’s rising talent, or the newly founded Secret Teachings’ exploration of the outer fringes of live electronica.

Lazarus will of course bring the Day Zero experience to its renowned crescendo, playing straight through the sunrise amongst the world’s most hardcore party people. It is here that the future sounds of Crosstown Rebels take center stage, mixed seamlessly with the genre-defiant edits and reworks that make Damian one of the most exciting DJs and curators to see play out.

Documented in a mini-film set to release in two weeks, Day Zero remains committed to honoring the sacred grounds it inhabits, collaborating with the local community and Mayan spiritual leaders such as Carlos “The Reindeer” Sanchez. Further exemplifying this initiative is Day Zero’s partnership with Mexican company Petgas, in which all waste from production is collected and turned into fuel which powers the event. Crosstown Consciousness will continue to play its role in protecting the venue through sustainability efforts and education.

Day Zero has successfully created a spiritual home for electronic music fans, transporting attendees into a magical dimension of possibility, connectedness, ancient tradition, and cultural appreciation. It remains something you must see, hear and feel to truly understand. 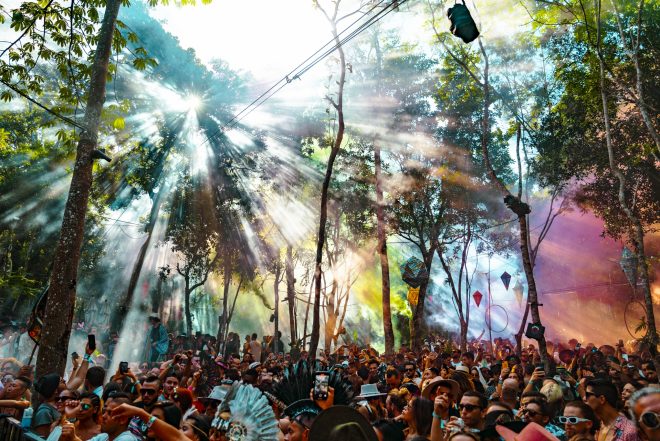